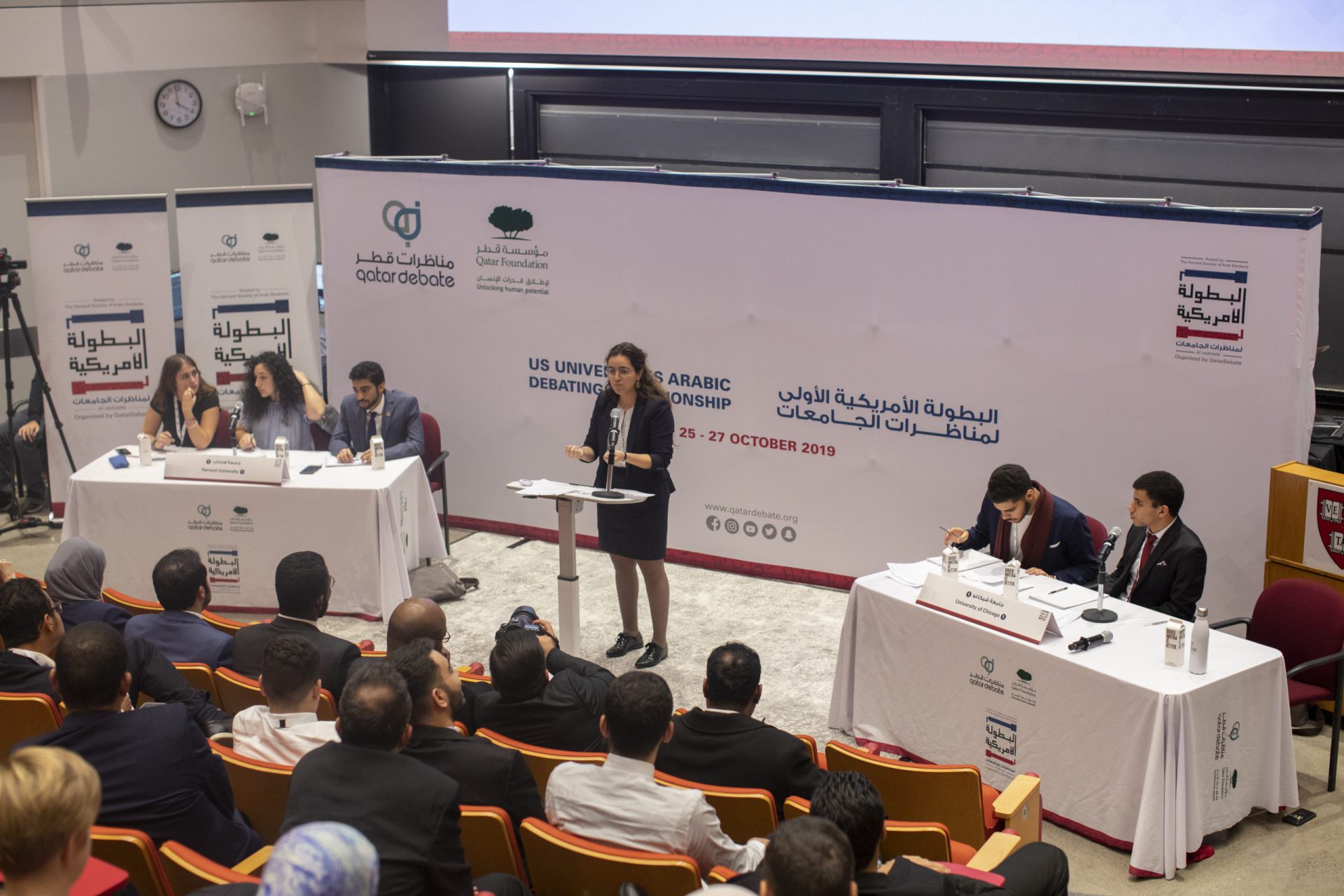 We at QatarDebate are proud to announce the hosting of the 2nd edition of the U.S. Universities Arabic Debating Championship, in November 2021 with the participation of various prestigious universities from across the states.

We are expecting more than 30 universities to take part in the biggest Arabic debating championship in America. The championship will be held in Chicago, Illinois hosted by The University of Chicago.

The U.S. Universities Arabic Debating Championship is one of QatarDebate’s outreach programs that aim to spread the culture of debating and open dialogue along with spreading the Arabic language in the United States and the world.